The Beginnings of the Society of St. Vincent de Paul

Frédéric Ozanam left his home in Lyon, France, in the autumn of 1831, for Paris. He registered in the School of Law at the Sorbonne, University of Paris. Frédéric collaborated with Mr. Emmanuel Bailly, editor of the Tribune Catholique, in reviving a student organization which had been suspended during the revolutionary activity of July 1830. They called their new association The Conference of History. The group met on Saturdays to discuss various topics, everything but politics.  At one of their meetings, a student challenged Frédéric and the practicing Catholics. He admitted that the Catholic Church had done much good work in the past, but “what do you do now?” Frédéric called for a meeting of five of his friends; they agreed to meet at Mr. Bailly’s office. The date was April 23, 1833, Frédéric’s twentieth birthday. Inspired by their words, Frédéric decided to found The Conference of Charity to assist the poor. Emmanuel Bailly, a married layman, was chosen by the six students as their first President. In a short time, they changed their name to The Society of St. Vincent de Paul in honor of their patron. 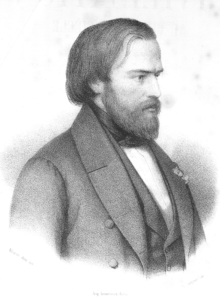 How is the Society of St. Vincent de Paul Different?

The Society of St. Vincent de Paul is composed of women and men who seek their personal holiness through works of charity. In this essential way, the Society differs from charitable associations or agencies whose principal objective is not the spiritual advancement of their members but the doing of good for someone else.