The Queenship of Mary

This article features excerpts taken from the University of Dayton website. To see the full article click here. 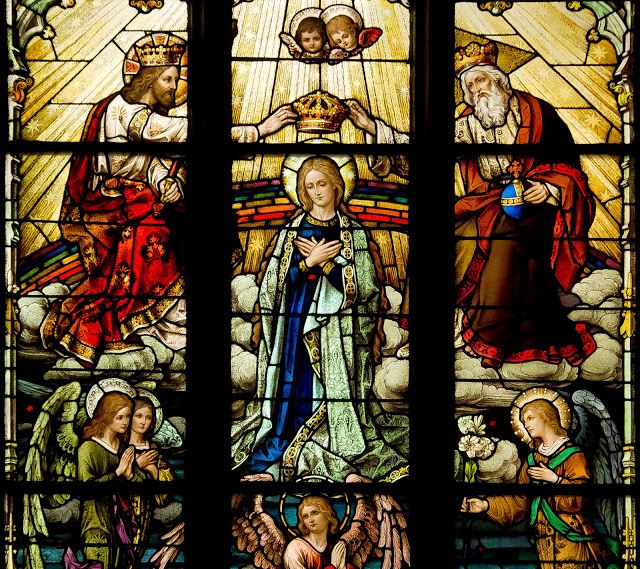 On August 22, the Roman Catholic Church celebrates a memorial in honor of the Queenship of Mary. This memorial is placed an octave, that is, eight days after celebrating Mary’s Assumption into Heaven. The Queenship can be considered a prolongation of the celebration of the Assumption.

What does it mean to be a Queen? Queens are rulers, and Queens are powerful. Queens throughout history have held enormous power and influenced history in a number of ways. Mary is no exception. Her title as Queen extends even beyond the typical meaning of the word…

The title “Queen” is used to indicate, in an almost official way, the final state of the Virgin, seated beside her Son, the King of Glory.

“Queen” gains even more meaning when we ponder why it might be that God picked Mary out of all the people of the world who would ever exist to become the Mother of His Son.

…At other times the title is related to the eminent way in which Mary of Nazareth practiced the evangelical virtues. She is the Queen of Virtues, Queen of Humility, Queen of Purity, etc. Consecrated persons contemplate her virtues and strive to reproduce in themselves the same expressions of Christian perfection.

This last sentence is good practice, not just for members of Religious Orders
(“consecrated persons”), but for all looking to become better, more holy people. Let’s all take time this day, the memorial of the Queenship of Mary, to contemplate Mary’s virtues, so that we all might become more Holy followers of Christ.